ICYMI: Mike Franken Pushes Conspiracy that Republicans are Plotting to ‘Dumb Down’ Youth 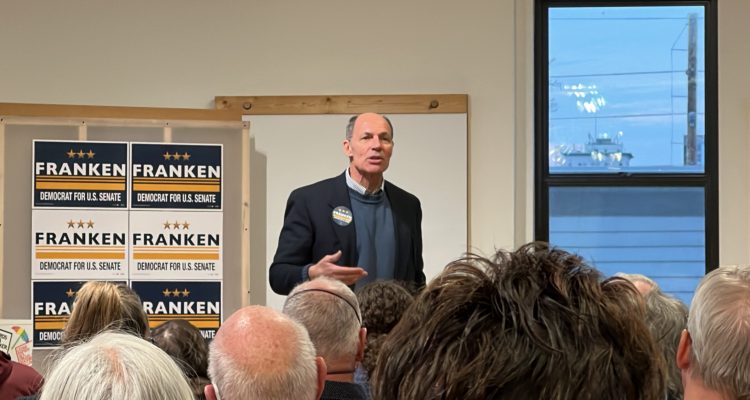 Democratic Iowa Senate candidate Mike Franken told voters at a recent campaign event that “Republicans,” “uber capitalists,” and “ultra-right evangelicals” are conspiring to “dumb down the youth of the world” to give the GOP an edge in future elections.

Franken: “There’s certainly Republicans who are conducting a war on education…They seem to be attempting to dumb down the youth of the world. And it’s odd as I look at this. Is this the uber capitalists, the Vandegrift’s of the world, and the ultra-right evangelicals’ side who have come together to make people dumb and lemmings and to follow the way? Is that what’s happening here? Is this what Newt Gingrich wanted everybody to do in the 90’s? Dumb down America as much as we can because the demographics are working against the Republican party? It’s true. It appears so.”

Despite spreading lies about the Republican Party’s education platform, the Washington Free Beacon noted that Franken has no education policies of his own.

Washington Free Beacon: “The retired Navy vice admiral, who served under former president Barack Obama and as a military adviser to former senator Ted Kennedy (D., Mass.), has no stance on public education listed on his campaign website. He has, however, taken strong stances on increasing abortion access, expanding Medicare, and combating climate change. The Iowa Unity Coalition, which has endorsed Franken, supports tuition-free college education for all state residents. A Harvard University study in 2014 found that a Massachusetts tuition-free program lessened students’ college completion rate.”

Bottom line: Propaganda over policy seems to be Mike Franken’s campaign philosophy. Meanwhile, Republicans are fighting for parents to have a say about what their child is learning in the classroom while Democrats are more concerned about appeasing the teachers’ unions and radical activists.