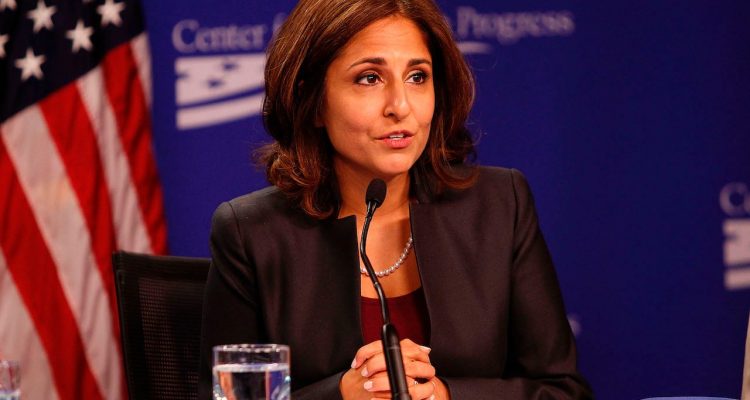 USA Today: “President-elect Joe Biden has called for bipartisan unity since he announced his candidacy but the objections from both conservatives and progressives to his pick to head the White House Office of Management and Budget was likely not what he had in mind. Voices from the left and the right protested after Biden announced Monday he would nominate Neera Tanden”

Politico: “When I found out last night that she was going to be the pick, my first response was, ‘can she get confirmed?’” said one House Democratic lawmaker who supports Tanden’s nomination and asked to remain on background to candidly discuss the pick. “How the hell are they going to confirm her?”

Hanna Trudo, Daily Beast: “One source close to @BernieSanders described receiving ‘stunned’ text messages from other progressives in the senator’s orbit after Tanden’s name was announced by the Wall Street Journal on Sunday afternoon, saying it was received by some as a ‘middle finger’”

Politico: “‘It’s like putting Chelsea Clinton in the office,’ said Kurt Ehrenberg, Sanders’ former longtime political strategist in New Hampshire. ‘She’s clearly not a friend of the Sanders wing of the Democratic Party.’”

Politico: “‘Paco Fabián, campaigns and communications director for the Sanders-founded Our Revolution, said Tanden is ‘certainly not a unity pick’ and ‘it’s not a secret that progressives and Neera Tanden haven’t gotten along over the last few years on several issues.’”

David Sirota, former Sanders Campaign Adviser: “You tweeted this out right after you announced you are appointing Neera Tanden, who has spent the last 4 years vilifying progressives.”

Seung Min Kim, Washington Post: “NEWS — The two GOP senators in line to chair committees that will hold @neeratanden’s OMB confirmation hearings won’t commit to holding them if they keep majority. One of them, Portman, tells me he believes Biden should withdraw Tanden, pick someone else”

New York Post: “Josh Holmes, former chief of staff to Senate Majority Leader Mitch McConnell (R-Ky.), speculated on Twitter that Tanden’s nomination was a ‘sacrifice to the confirmation gods,’ while Garrett Ventry, an ex-adviser to the Senate Judiciary Committee’s GOP majority, said it would be ‘a funeral.’”
New York Post: Regardless, Drew Brandewie , a spokesman for Sen. John Cornyn (R-Texas), put her chances at “zero.”