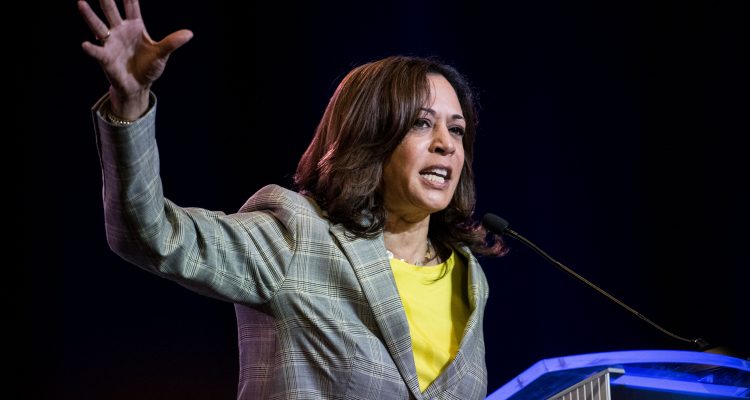 Following The New York Times’ scathing examination of her lack of a policy vision, Kamala Harris released a healthcare plan to attempt to nail down some parameters on an issue that has dogged her campaign since January. As noted by CNN, “Harris has offered mixed messages so far on the role of private insurance, at times indicating she’d eliminate private coverage and at other points saying that she’d keep it in some form.”

In case you missed it, here are all of her flip flops before the first debate:

And then the clean ups post-debate night #1:

Her new plan may say that she’s not going to raise taxes on the middle class, yet she was an “early endorser of Bernie Sanders’ Medicare for all proposal.” Sanders has admitted his legislation would in fact raise taxes on the middle class. According to Mercatus Institute estimates, Medicare for All would cost anywhere from $32.6 trillion to as much as $60.7 trillion over ten years.

How can Harris guarantee there would be no tax hikes when her campaign provided no cost estimate or “exact information on what that 10-year transition would look like?”

CNN: “Economist Michael Linden, a former senior policy adviser to the Senate Health, Education, Labor and Pensions Committee, tells CNN that he believes those corporate taxes would roughly cover the gap between the Sanders bill and Harris proposal, avoiding the tax on families making less than $100,000. The problem, says Linden, “We don’t know how much Sen. Harris’ proposal will cost with a 10-year phase in. No one’s done an estimate.”

Harris’ attempt to appease both the moderate and progressive voters of the Democratic party fails to do either.