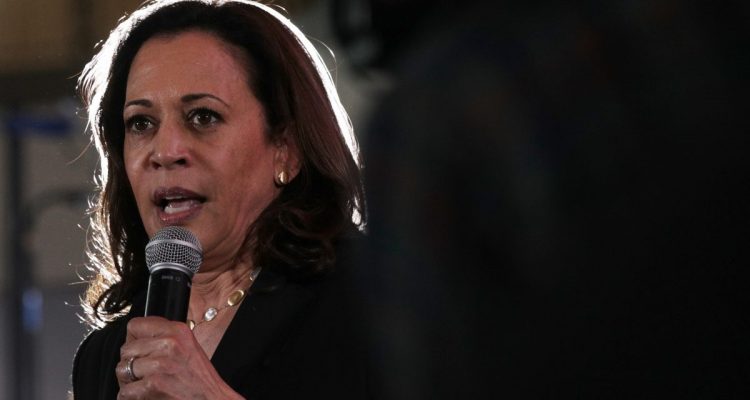 Kamala Harris is in Pittsburgh today alongside the Biden administration’s scandal-embroiled Labor Secretary Marty Walsh. Walsh left his role as mayor of Boston to take a cabinet position in the Biden White House, but a scandal from one of his final acts as mayor has followed him to D.C.

The police commissioner that Walsh hurriedly appointed just before leaving office was found to be accused of serious acts of domestic abuse, including “hitting and threatening to shoot his ex-wife, as well as hitting and pushing other family members.”

Politico: “Walsh is accused of turning a blind eye to allegations of domestic abuse against the man he appointed as police commissioner before he left for Washington. Walsh strenuously denies that accusation, but it’s given the White House one of its first brushes with scandal.”

Axios: “The process was rushed and seen by some as a way to fill the job with a favored candidate before handing over the mayor’s office.”

Axios: “Rep. Seth Moulton (D-Mass.) has said Walsh should resign if he was aware of past domestic violence allegations facing the Boston police commissioner he appointed before resigning as mayor.”

According to earlier reporting from the Washington Free Beacon, Marty Walsh also “blocked the release of documents related to a major union officer accused of sexual abuse” after the Boston Globe tried to obtain access to the documents through public records requests. Walsh has made a career out of cozying up to labor unions and has found himself at the center of several scandals while trying to maintain his pro-union persona.

Free Beacon: “Labor Secretary Marty Walsh’s mayoral administration in Boston overruled a public records supervisor and stonewalled a Boston Globe investigation into an alleged pedophile in the ranks of the city police department. The files, released by Walsh’s successor on April 20, revealed that a major Boston police union had threatened to file a grievance on behalf of a former police union president who was the subject of an internal affairs investigation into allegations he sexually assaulted a minor.”

Bottom Line: Kamala Harris could have taken the opportunity to visit the southern border and see first hand the impact the administration’s policies are having on border communities. Instead, she’s standing with a scandal-ridden Cabinet Secretary whose issues have proved to be a distraction back home and in D.C.