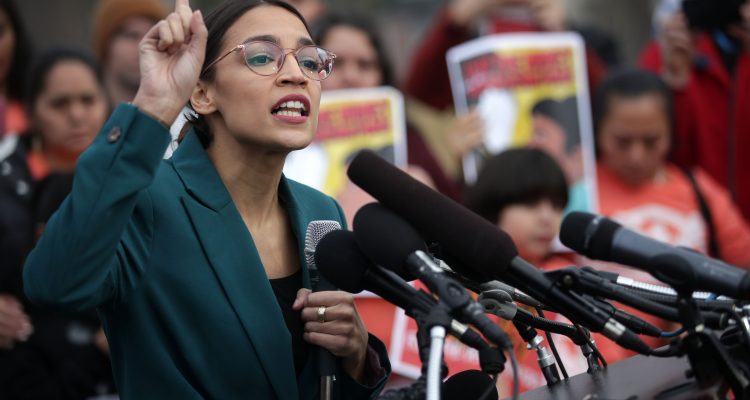 The liberal wing has fully taken control over the House Democrat caucus. DCCC chairwoman Cheri Bustos is unsuccessfully trying to fend off the far-left after blacklisting consultants who work with primary challengers to sitting Democratic House members. House Democrats are in complete disarray and are publicly fighting every day.

The Hill noted a tweet from the co-chair of the House Progressive Caucus, Rep. Pramila Jayapal, that the progressives have significant influence within the party and are not happy with Bustos:

Vulnerable House Democrats, like Max Rose (NY-11), are also on the defense. Rose spent an entire local TV interview talking about AOC and her policy proposals and blamed Ocasio-Cortez for lying to voters.

Fox News: “[Rose] dismissed the Green New Deal goals, such as job and housing guarantees, as economically unfeasible, saying the proponents of the deal are lying to voters.”

AOC and the progressive caucus’ priorities are also at the forefront of all policy debates and are demanding $15 minimum wage legislation:

Politico: “Leaders of the Congressional Progressive Caucus are now lobbying fellow Democrats to help extinguish a competing plan backed by more than a dozen moderates that would permit lower hourly wages in more rural areas. And they’re prepared to wield the power of the 96-member caucus to ensure their full $15-an-hour proposal reaches the floor.”