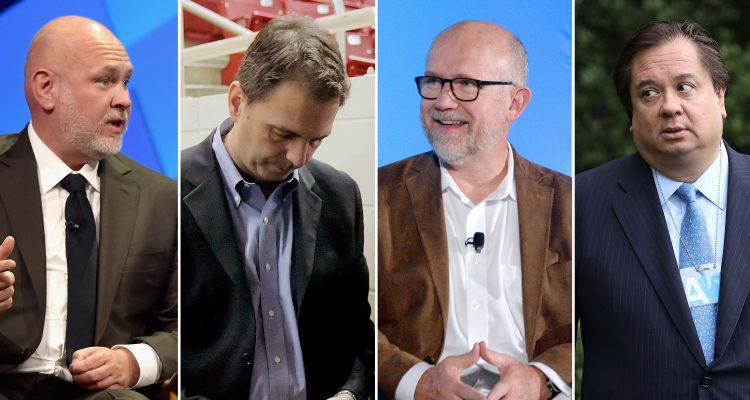 The wheels are starting to fall off the Lincoln Project grift. Over the weekend, the New York Times published an investigation in which they spoke with over twenty young men who had been sexually harassed by John Weaver.

New York Times: “John Weaver, a longtime Republican strategist and co-founder of the prominent anti-Trump group the Lincoln Project, has for years sent unsolicited and sexually provocative messages online to young men, often while suggesting he could help them get work in politics, according to interviews with 21 men who received them.

“His solicitations included sending messages to a 14-year-old, asking questions about his body while he was still in high school and then more pointed ones after he turned 18.”

In many cases, the men were messaged by Weaver with the implication that their careers in politics would be aided by engaging with him.

New York Times: “Mr. Weaver sent overt sexual solicitations to at least 10 of the men and, in the most explicit messages, offered professional and personal assistance in exchange for sex. He told one man he would “spoil you when we see each other,” according to a message reviewed by The New York Times. “Help you other times. Give advice, counsel, help with bills. You help me … sensually.”

Additionally, the founders have appeared on MSNBC 17 times since Ryan Girdusky of The American Conservative initially broke the Weaver scandal on January 11th. However, none of them have been asked about the scandal during these appearances.

The Weaver story isn’t the only thing roiling the Lincoln Project. While the timing of Weaver’s departure from the group remains murky, four co-founders are reportedly no longer working with LP since August.

Axios confirmed this morning that Mike Madrid and Ron Steslow left the organization in December, while George Conway took a leave of absence in August.

The remaining co-founders are capitalizing on the chaos. In December, co-founder Steve Schmidt was paid $1.5M through his consulting firm SES Strategies.

Bottom line: The Lincoln Project is a Democrat front-group now mired in controversy and scandal.