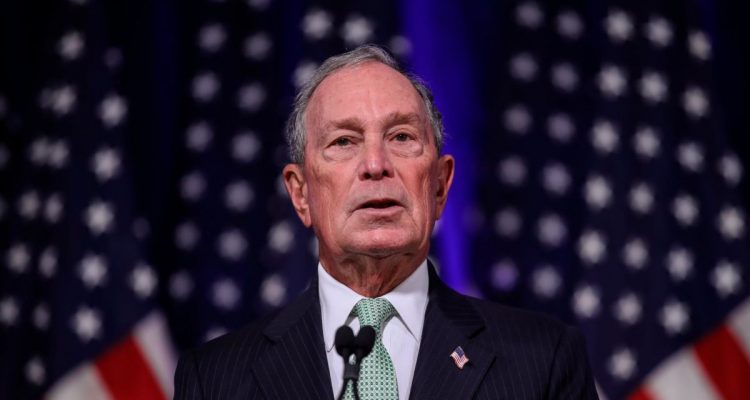 Michael Bloomberg’s stop-and-frisk policies have been heavily criticized for targeting minorities in poor neighborhoods. He openly stated “I think we disproportionately stop whites too much and minorities too little.” He even criticized a judge who ruled the policy unconstitutional.

Bloomberg went on to blame “minority males” for 95 percent of all murders in New York City: “First thing is 95 percent of your murders, murderers and murder victims fit one M.O. You can just take the description, Xerox it, pass it out to all the cops. They are male minorities 15 to 25.” He also said you have to “throw them up against a wall and frisk them” to prevent them from committing crimes.

While serving as Mayor, more people were arrested for marijuana-related crimes than any other offense – with the vast majority being minorities.

“About 87 percent of the marijuana arrests in the Bloomberg era have been of blacks and Latinos, most of them men, and generally under the age of 25 — although surveys consistently show that whites are more likely to use it.”

Restricting the Rights of Americans

Michael Bloomberg’s answer to any problem is a larger, more intrusive government. In 2013, Bloomberg said “I do think there are certain times we should infringe on your freedom.” He clearly laid out his governing philosophy:

Bloomberg floated the idea of an alcohol tax in 2010, imposed the “highest cigarette taxes in the country,” and tried to ban sugary-drink sales above 16 ounces in restaurants.

Toward the end of Bloomberg’s mayoral tenure, The New Yorker reported “There are record numbers of homeless people, unemployment is high, and working and middle-class incomes have stalled.” Other outlets exposed the staggering income inequality that was only exacerbated by Bloomberg’s policies.

The number of homeless in New York City skyrocketed by 61 percent under Bloomberg’s failed leadership, and he refused to take any responsibility.

Then in 2008, he raised New York City’s income tax and boldly claimed “I’ve never heard one person say ‘I’m going to move out of the city because of the taxes,’ not one.”

A few years later, Bloomberg said a tax hike would be “about as dumb a policy I can think of.” That comment was obviously contradicted by his decision to raise income taxes and property taxes, in addition to specific additional taxes on soda, cigarettes, and other commonly purchased goods and services.

In 2020, Bloomberg proposed a $5 trillion tax hike on high earners and corporations, further revealing his blatant hypocrisy on this issue.

“The proposal includes a repeal of President Trump’s 2017 tax cuts for high earners, along with a new 5 percent “surcharge” on incomes above $5 million per year. It would raise capital gains taxes for Americans earning more than $1 million a year and maintain a limit on federal deductions of state and local tax payments set under the 2017 law, which some Democrats have pushed to eliminate.”