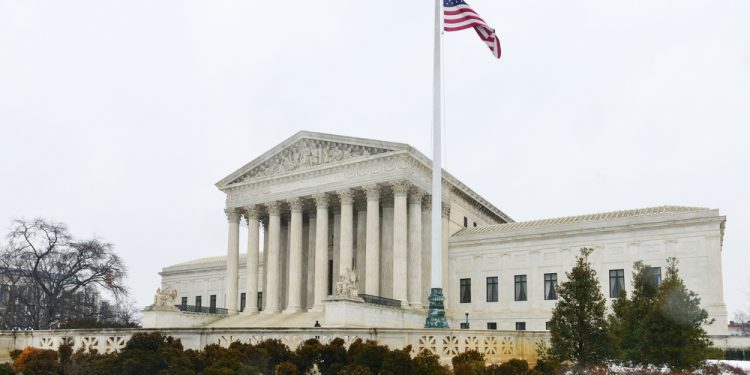 In the wake of Democrats’ efforts to rig the Supreme Court in their favor, a new Morning Consult/Politico poll found that the idea remains unpopular among Americans.

In fact, the court rigging scheme is so unpopular that not even 50% of Democrats support it.

The report continued to explain that those numbers have remained the same from a similar poll conducted one year prior.

“Those numbers were essentially unchanged from a Morning Consult/Politico survey conducted in the fall, reflecting a continued lack of public appetite for what has been an increasing source of interest for liberal activists…” – Morning Consult

Last week, a group of Congressional Democrats introduced legislation that would add four extra seats to the Supreme Court. The effort is spearheaded by dark money entity Demand Justice, which has spent its time trying to force California Senator Dianne Feinstein to retire and instructing Supreme Court Justice Stephen Breyer to step down from the court.

This effort comes on the heels of President Joe Biden’s decision to assemble a commission on Supreme Court reform.