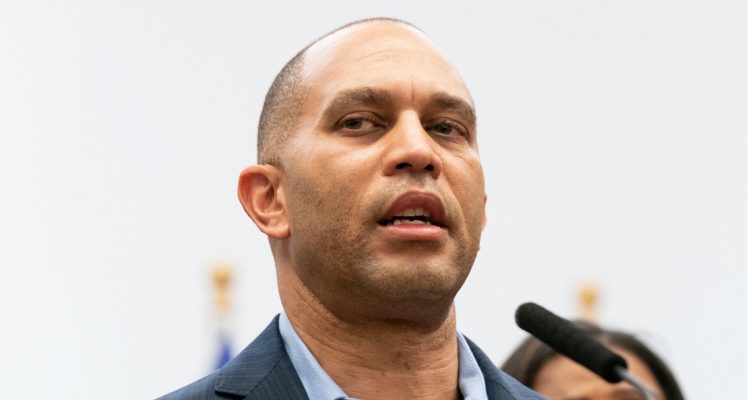 During a virtual town hall this week, a constituent living in Hakeem Jeffries’ district expressed the pain seniors are feeling due to constantly rising property taxes.

Constituent: “In the last five to ten years we’ve gotten heavy assessments on our property, raising our real estate tax bill accordingly. I was wondering if anything could be done about that.”

Jeffries: “One of the biggest problems that we have in New York City right now is affordability. That’s affordability for both renters and homeowners.”

It comes as no surprise that Jeffries neglected to mention that while his neighbors pay an average of $5,000 per year in property taxes, he pays just $213 on his $1.2 million condo thanks to a sweetheart deal under a law he supported when he served in the state Assembly.

While his constituents’ bills increase year after year, Jeffries can rest easy with his paltry tax bill.

The absurdity didn’t stop there. Jeffries went on to blame Republicans for the high cost of property taxes in New York City – despite it being firmly under Democratic control for decades.

“Hakeem Jeffries knows everyday New Yorkers are suffering while he pays twenty-five times less than they do in property taxes. Until Jeffries starts paying his fair share, he will continue to be a liability for House Democrats and a disgrace to his constituents.” –  America Rising Spokeswoman Kristen Bennett