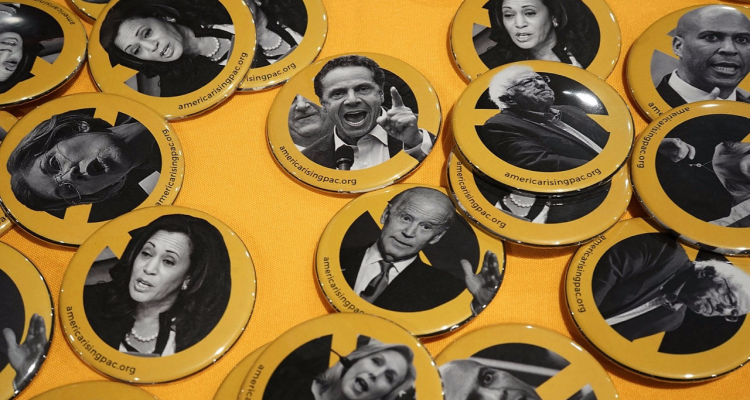 Sarah Dolan is executive director of America Rising, a political action committee that produces opposition research on Democratic candidates. She sat down with Matt Holt this week to discuss plans for 2020, the Mueller report, and the Senate map for Republicans.

I think that this field, because of the liberal gauntlet they’re being put through right now, with the different progressive policy tests coming from different groups, coming from individual candidates, I think that there is a lot to apologize for, things that maybe 5-10 years ago that wouldn’t be things that would have come up in that sense. … Depending on how candidates react to things in their past coming back to light, I think that that puts us in a good position in terms of rapid response, in terms of opposition research. I think Joe Biden is a good example of this. He has not announced yet, but his record is something that he necessarily wouldn’t have been attacked for in the last cycle. But with this cycle, with how far to the left these candidates are moving, it’s become obvious to us that that’s going to become a line of attack that we can use as well.

We have 16 declared candidates right now. By my count, we have around eight more thinking about jumping in. How do you divide that all up?

We are taking an equal-opportunity approach. We have been developing research and have been tracking a number of these candidates who, since 2017, we knew or had a good inkling they would run. So obviously that’s going to be the senators—Joe Biden, Bernie Sanders. I’d add Beto [O’Rourke] to that class as well. Folks that we knew we were pretty sure they were running, we started developing that research early and tracking them when they were out, going and campaigning for other candidates during the 2018 cycle. That gave us a good database of information to start working with. … Our goal is to make sure no day passes without them being held accountable for their actions.

It was reported that President Trump’s advisers have identified the three most dangerous candidates for him to run against: Biden, Kamala Harris, and O’Rourke. Would you agree with that assessment?

I think those candidates are definitely in our top tier. We’re not going about ranking anyone yet. But they’re three individuals that we’re definitely keeping a very close eye on, and have been developing more research.

After Attorney General William Barr released his report of the Mueller probe on Sunday, Trump declared victory and blamed Democrats and the media. Do you think what Democrats have said in the past about Mueller and the investigation will become a campaign issue?

We’re watching how everyone else reacts to this and what kind of potential opportunities for overreach there are by the Democrats, how the House handles this, what kind of inquiries they now launch.

We do. We were started in 2013, so this is actually the first class that America Rising was around for. We helped efforts to get them into office, and we’re really excited to see that happen again. The exciting thing for us is that there seems to be crowded potential primary fields, which we feel like is a big opportunity for us. We can deploy research in the primary and make that another element, hopefully weaken the other candidates. … One more point on the Senate—we’ve seen so far that [Chuck] Schumer has had a lot of trouble recruiting some of the candidates that he really hoped for—Beto, [John] Hickenlooper, and [Steve] Bullock seem more concerned with the presidential; it’s unclear what Stacey Abrams is going to do.

The GOP lost nearly 40 seats in the House in 2018, a bunch of them in swing districts now held by moderate freshman Democrats, many of them political neophytes. How hard is it going to be to unseat those members?

There’s two elements at play. One is that now that these members are officially here in D.C., we’re going to be keeping track of everything they’re voting on, bills they’re introducing. I think the other side of that is the House freshman Dem class. … We’re seeing the 2020 presidential field have to answer to things House freshman Democrats are saying. So I think that that’s an element that’s not going away. I think the leadership has proven a couple of times that they don’t necessarily know how to deal with that, and I think that’s really going to hurt those more moderate districts.