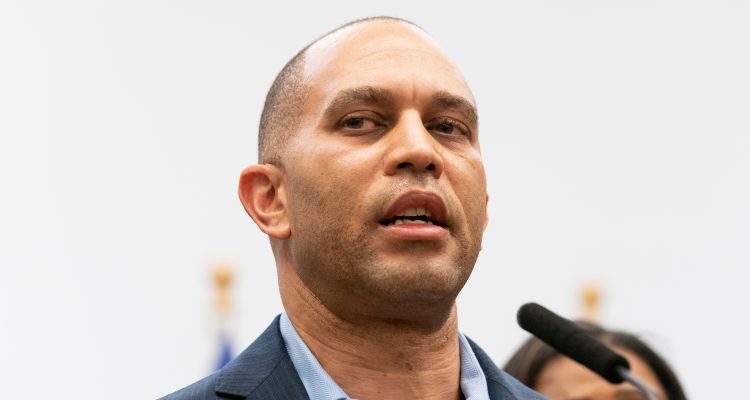 Hakeem Jeffries has repeatedly paid less than $250 in property taxes each year on his Brooklyn condo worth $1.2M, according to an investigation by the New York Post.

Jeffries, the House Democratic Caucus Chairman, has called on the wealthy and well-connected to pay their fair share of taxes, while calling the GOP tax reform legislation a “scam.” That rhetoric runs contrary to his vote in the state Assembly to renew the tax abatement law he now benefits from.

New York Post: “Before he was elected to Congress, Jeffries served in the state Assembly, where he co-sponsored and voted for renewal of the tax abatement law from which he benefits.

“Under the abatement program, Jeffries, who receives a $174,000 congressional salary, is entitled to the generous tax break through 2032.

“Housing activists blasted the deal that allows Jeffries to pay so little in property taxes. His wife also is employed as a benefits manager at the powerful healthcare workers union, SEIU Local 1199.

America Rising Spokeswoman, Kristen Bennett: “Hakeem Jeffries is the epitome of a Washington hypocrite. He regularly lambasts Americans for not paying their fair share, while leveraging a tax abatement law that enables him to pay pennies on the dollar compared to most New Yorkers.”