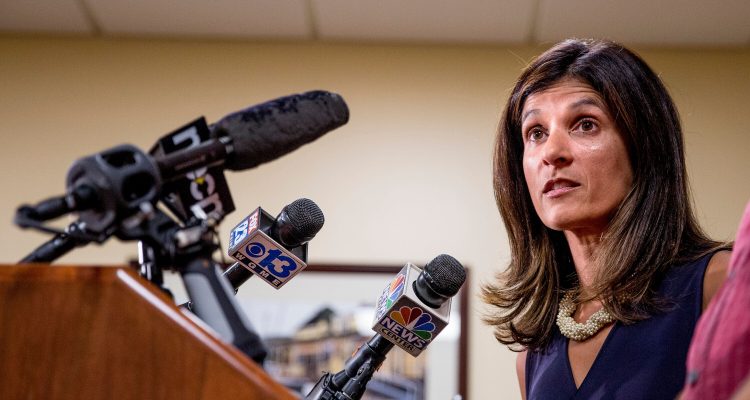 Just days after being exposed for killing an anti-child abuse bill while serving as speaker of the Maine House, Sara Gideon is under scrutiny for spiking an ethics probe into her own conduct.

WFB: “The speaker of the Maine House of Representatives rallied Democrats in 2018 to vote against an ethics investigation into how her office dealt with sexual misconduct allegations against Democratic state legislator Dillon Bates. Paula Sutton, the Republican state legislator who called for the ethics probe, said that Gideon’s decision to oppose the investigation demonstrates that Gideon was more concerned about political expediency than protecting children.”

Gideon publicly admitted that she was aware of the sexual misconduct allegations against her colleague for months, but she took no action. In response, a Republican legislator called for an ethics probe into how Gideon handled the allegations – specifically whether there was an intentional cover-up.

When Sara Gideon launched a lobbying effort that successfully prevented the probe from being carried out, it reminded many Mainers of another ethics probe Gideon killed.

“This is not the first time Gideon killed an ethics probe along party lines. In 2017, Gideon mobilized her caucus to shoot down an ethics probe into a Democratic legislator accused of conflict of interest.”

Throughout Sara Gideon’s scandal-plagued career, protecting her political allies was always her priority.