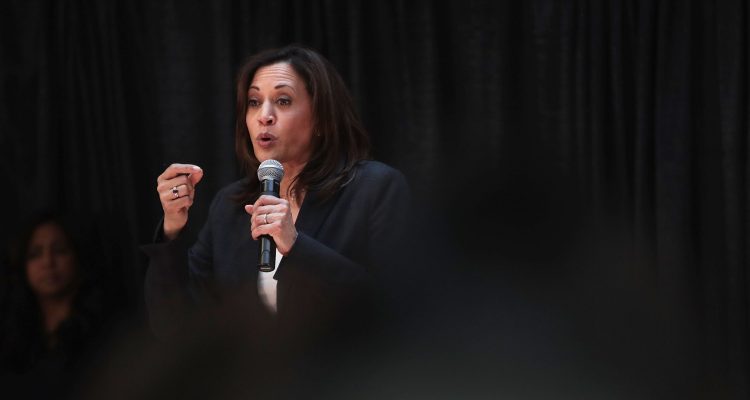 Last week, Kamala Harris’ hometown newspaper featured an Associated Press story showing that her “star is fading” amongst Iowa Democrats. Feeling the pressure from the heat in Iowa and following a lackluster performance at the California Democratic convention, Harris leaned into her record as a prosecutor during a swing in South Carolina.

While Harris spent a significant amount of time attempting to reframe her record, The Washington Post noted that Harris left out critical details about the less popular parts of her record as a prosecutor:

“But she dodged some of the more controversial parts of her record…She did not talk about the criminal prosecutions of parents that resulted from her truancy policy, nor did she take on the death penalty and other matters on which she has been criticized.”

She has continued to call herself a “progressive prosecutor,” but as Politico highlighted, these questions aren’t going away:

“Harris has faced constant questions about her record as a line prosecutor, her time as district attorney of San Francisco and her six years as attorney general of California — amid the Black Lives Matter era and with a Democratic electorate that has moved left on criminal justice reform. She has shown sensitivity to how her record is playing, backpedaling by degrees on whether she favors outside investigations over officer-involved shootings and on a school truancy fight.“

On the heels of her speech,The Intercept reported that Harris largely abandoned survivors who approached her office with accusations against the church.

“But when it came to taking on the Catholic Church, survivors of clergy sexual abuse say that Harris turned a blind eye, refusing to take action against clergy members accused of sexually abusing children when it meant confronting one of the city’s most powerful political institutions.

“When Harris became San Francisco district attorney in 2004, she took over an office that had been working closely with survivors of sexual abuse to pursue cases against the Catholic Church. The office and the survivors were in the middle of a legal battle to hold predatory priests accountable, and Harris inherited a collection of personnel files involving allegations of sexual abuse by priests and employees of the San Francisco Archdiocese, which oversees church operations in San Francisco, and Marin and San Mateo counties.”

The inaction detailed inThe Intercept piece clashes with her campaign’s messaging that she is a fierce defender of victims of sexual abuse.