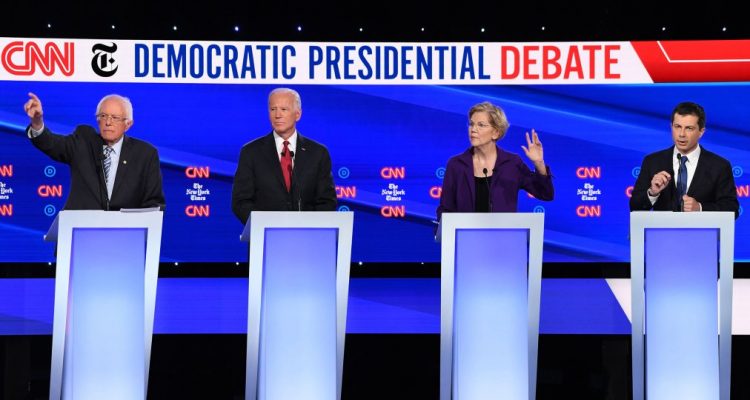 By authorizing a strike to eliminate an Iranian terrorist responsible for hundreds of American deaths, President Trump inadvertently exposed the dangerously misguided foreign policy agenda Democrats are offering in 2020.

Meanwhile, what was once perceived as one of Joe Biden’s greatest assets has become a major liability. While attacking President Trump for authorizing the strike on Soleimani, Biden contradicted at least two major foreign policy positions he held while serving as vice president.

Fox News journalist Peter Doocy asked Biden if he would authorize an airstrike on a terrorist leader to prevent an attack on American citizens:

“’Well, we did,’ said Biden, who served as vice president to Obama. ‘The guy’s name was Osama bin Laden.’

Doocy responded, ‘Didn’t you tell President Obama not to go after bin Laden that day?’

CNN fact-checked this claim, pointing to Biden’s previous account of the raid in which he advised President Obama “don’t go.” Multiple former Obama officials also wrote in their memoirs that Biden was “against the operation.”

Joe Biden has stated multiple times in the last several weeks that he opposed the Iraq War “from the moment it started,” despite voting for a resolution to go to war in 2002.

The Washington Post conducted a detailed fact check on Biden’s Iraq War record, revealing statements he made over several years defending his vote to authorize war. He ended up telling New Hampshire voters that he made a “misrepresentation” by claiming he opposed the war from the beginning.

Washington Post conclusion: “Biden was on his way to Four Pinocchios until his staff acknowledged that he misspoke.”

No wonder Joe Biden’s former colleagues even admit his foreign policy record is a complete failure. Former Defense Secretary Robert Gates: Biden has been “wrong on nearly every major foreign policy and national security issue over the past four decades.”

We also can’t leave out Elizabeth Warren issuing conflicting statements about Soleimani after bowing to the far-left Twitter mob. After first calling Soleimani a “murderer,” hours later she described his killing as the “assassination” of a “government official.”