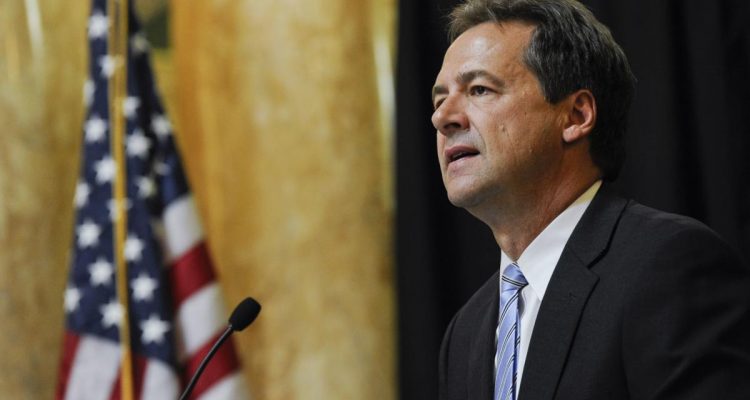 Montana Governor Steve Bullock paid his female staffers less than their male counterparts, according to an analysis done by the Washington Free Beacon. Bullock, who has dubbed himself a champion of fair pay, has paid women 84% of what he pays men, state wage disclosures show.

“Bullock, a 2020 Senate contender, has long portrayed himself as an ally in the “fight for fair pay.” The Democrat launched an equal pay task force in 2013, calling the gender wage gap “absolutely unacceptable.” The issue has also bled into his bid to unseat Republican senator Steve Daines. In a June tweet from his campaign account, Bullock stressed the need to ‘support our local workforce by advocating for equal pay’ as businesses began reopening in the state.”

Free Beacon: “But Bullock has routinely recognized gender pay stats that do not account for such factors. According to a 2018 fact sheet issued by Bullock’s task force, the state uses data from the U.S. Census to determine its wage gap by comparing male and female median wages. Such data do not account for ‘differences in experiences or length of service.’”

Bullock has had his fair share of issues in office. Recently, a young girl accused Steve Bullock of physically sexually harassing her at a Democratic Governors Association Gala.

Kevin O’Brien, a longtime staff member of Bullock’s, was fired from the Democratic Governors Association for accusations of sexual harassment. Soon after being fired, he was hired to work in the office of Mayor Bill de Blasio of New York City. There, he was fired after ten months for accusations of sexual harassment. Bullock had not told de Blasio that O’Brien had been fired during the hiring process.

Bullock ended up apologizing after Mayor de Blasio sharply criticized him. It’s clear that Bullock’s past problems with handling sexual harassment allegations put him in a tough position to speak with integrity on the allegations against Biden.