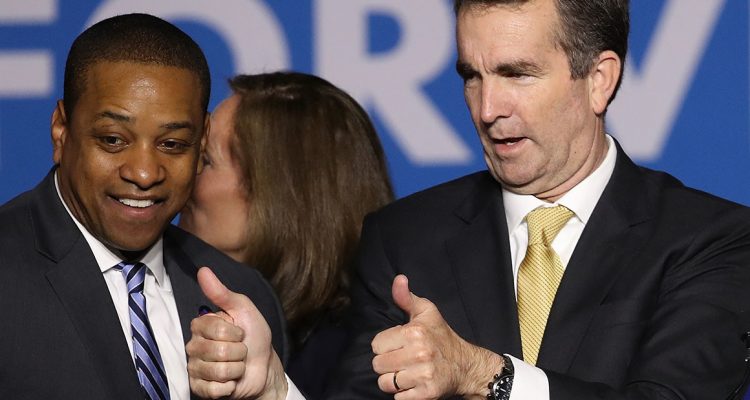 America Rising PAC trackers caught up with VA Democrats to see where they stood on campaigning with Governor Northam and Lt. Governor Fairfax on the campaign trail this fall. All of them dodged the question as scandal still surrounds the executive branch in VA. Over the weekend, VA Senator Mark Warner acknowledged that it is “very challenging” for VA Dems to still have Northam and Fairfax in office.

The end of Virginia’s legislative session last week brings to the fore a closely watched campaign season, with control of both chambers of the legislature in contention.

Republicans currently hold two-seat advantages in both the House of Delegates and state Senate, and after big gains in 2017 the momentum appeared to be squarely on the side of Democrats. That all changed a month ago when the two Democrats at the top of the 2017 ticket, Gov. Ralph Northam and Lt. Gov. Justin Fairfax, each found themselves on the hot seat—Northam due to a racist picture on his medical school yearbook page and Fairfax due to multiple allegations of rape.

Both have resisted calls to resign, putting Democrats on the ballot this November in the difficult position of choosing whether or not they’ll welcome help on the campaign trail from the two highest-ranking politicians in their party. So far, it’s a question they’re not willing to answer.

America Rising, a conservative group, asked Democratic members, many running their first re-election campaign after flipping traditionally Republican seats in 2017, whether they plan on campaigning with Northam and Fairfax in the coming months, and none were prepared to make the decision. The footage, shared exclusively with the Free Beacon, can be viewed below.