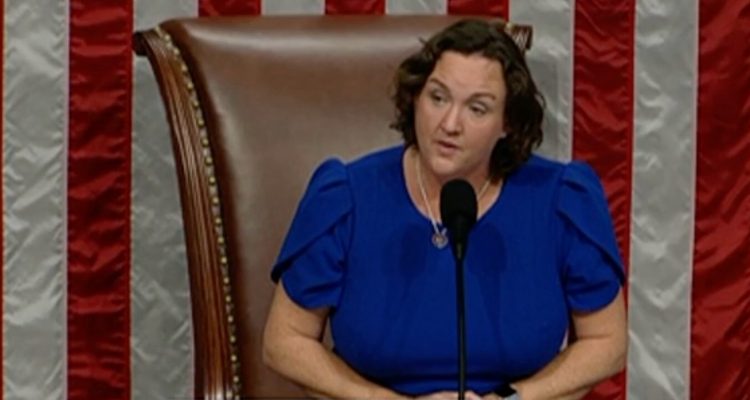 House Democrats running in competitive districts are defending their decision to back a bill that doubles the size of the IRS by hiring 87,000 more agents. The law, officially called the Inflation Reduction Act, would be a massive tax increase and “may actually worsen inflation.”

Fox News: Several House Democrats facing tough re-election bids, as well as one congressional hopeful, are defending their party’s expansion of the Internal Revenue Service that was included in the so-called Inflation Reduction Act, which does little to immediately address inflation in America.

The billions of dollars for the IRS from the measure will go toward filling 87,000 IRS positions, more than doubling the agency’s current size.

The law’s defenders include Democrats Sean Casten, Cindy Axne, Abigail Spanberger, Katie Porter and Tom O’Halleran — all of whom are facing strong Republican opposition. Porter even claimed Americans “would like to have more” tax agents to pursue invasive audits that will target middle-class families.

Fox News: However, Republicans warned the bill would fund an “army” of IRS agents to crack down on small business owners and lower-income workers. Americans who earn less than $75,000 per year are slated to receive 60% of the additional tax audits expected under the Democrats’ spending package, according to an analysis released by House Republicans.

House Republican analysis showed that individuals with an annual income of $75,000 or less would be subject to 710,863 additional IRS audits, while those making more than $1 million would receive 52,295 more audits under the bill.

Overall, the IRS would conduct more than 1.2 million more annual audits of Americans’ tax returns, according to the analysis. Another 236,685 of the estimated additional audits would target individuals with an annual income between $75,000 and $200,000.

In the Senate, Democrats defeated a Republican amendment to protect middle-class taxpayers from new audits.

Bottom Line: Every House Democrat voted to fund an army of new IRS agents that will target small business owners and lower-income taxpayers.