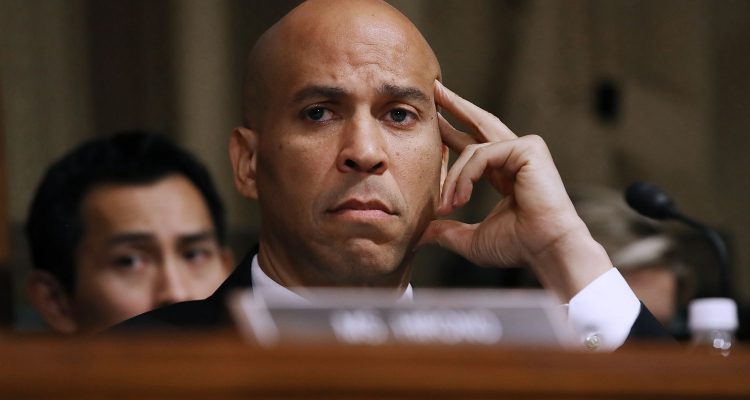 In 2013, during Cory Booker’s tenure as Mayor of Newark, New Jersey there were several investigations into the Newark Watershed Conservation and Development Corporation (NWCDC). The investigations found that the agency’s director, Linda Watkins Brashear, a person with close ties to Booker, had essentially been running a patronage organization that included awarding no-show contracts and pocketing nearly a million dollars. According to a Politico report:

“The NWCDC was created in the 1970s initially to manage the 35,000 acres of forest and wetlands that Newark owned in the northern part of the state. It was classified as a nonprofit and its only client was the City of Newark. By the time Booker was elected in 2006, the agency was contracted to run virtually all of Newark’s water infrastructure. Multiple investigations eventually determined that a Booker ally and the agency’s director, Linda Watkins Brashear, was running a patronage pit — awarding no-show contracts, playing the markets with agency funds, cooking the books, and pocketing close to $1 million in undeclared income.”

Watkins Brashear donated over $5,000 to Booker and his Newark allies from 2008 to 2010 and volunteered for Booker’s mayoral campaigns. She also gave $1000 to Booker’s senate campaign.

The watershed was “dissolved in 2013 after widespread charges of corruption and mismanagement were detailed in multiple investigations of the agency, including by The Star Ledger.” In 2014, the New Jersey Comptroller’s Office found that the watershed was siphoning millions of public dollars and making illegal payments. The organization was also investigated by both the US Attorney and the FBI. Once the watershed was dissolved the city of Newark was left to manage water services for half a million customers. Booker’s office claimed to welcome the dissolution, but Booker had fought efforts to quash the watershed in the past. As The Star-Ledger detailed:

“The Newark Water Group, a coalition of residents, conducted their own inquiries and launched a political campaign to dissolve the non-profit and place it under city control. Last year they submitted a petition to dissolve the agency and were close to success but a judge overturned the action after the Booker administration fought them in court.”

Watkins Brashear is currently serving eight years in prison for her role in the scheme. Donald Bernard Sr., the special projects manager for the watershed, was sentenced to eight years in federal prison for conspiring with Brashear over the course of five years to solicit bribes. Dianthe Martinez Brooks, a former consultant for the watershed, pleaded guilty to defrauding the NWCDC by taking payment for work that was never done.

“[W]hile Booker was profiting from the firm, they were profiting from Newark: over $2 million in work for Newark’s Housing Authority, the Watershed Conservation Development Corporation, and a wastewater agency. ‘That’s almost like Sharpe James-type shit,’ one New Jersey Democratic operative offered.”

Booker’s Role in the Corruption

Booker’s negligence was partly to blame for the corruption at the watershed. He tried to distance himself from the scandal with the excuse that he had not been paying attention or attending meetings:

“[T]he comptroller’s office noted in their report that the mayor did not attend a single meeting regarding the agency. He instead sent a business administrator in his place, and then when the administrator resigned, in 2010, Booker never replaced them. He had no time to go to the meetings, he said. Never mind that a dearth of free time never seemed to get in the way of a commencement address, or a talk-show appearance, or a social-media stunt.”

Booker also claimed that he only learned of the investigations “because it has been reported in the press.”

While Booker was named in a civil complaint, a federal judge dismissed the criminal case against him in June 2016, contending that, as a public employee, Booker was immune under the Tort Claims Act.

According to an FBI memo reviewed by Politico, a longtime friend and adviser to Booker allegedly directed the head of Newark’s watershed to solicit political contributions from agency contractors in the late 2000s.

“The previously unreported allegations, included in a 2015 FBI memo, come as New Jersey’s largest city grapples with a massive lead contamination crisis that has forced tens of thousands of residents to rely on bottled water for drinking and cooking. The allegations were presented in April as evidence in a separate criminal case.”