What You Need to Know: Neera Tanden 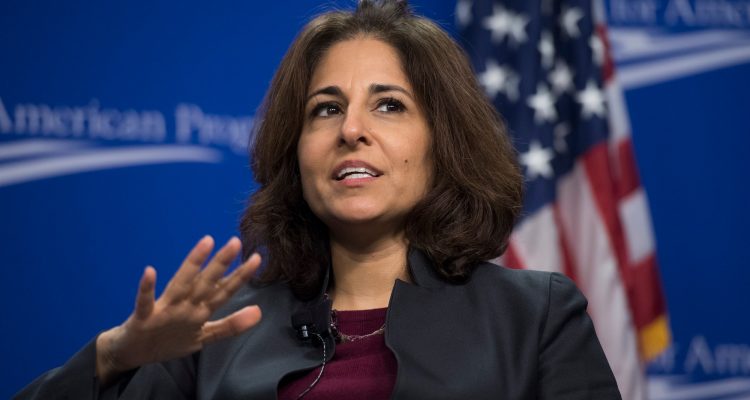 Joe Biden’s nominee for OMB Director, Neera Tanden, has spent the last nine years as president of the Center for American Progress – a liberal think tank that leans heavily on corporate money and has entanglements with foreign interests.

“In her nine years helming Washington’s leading liberal think tank, Neera Tanden mingled with deep-pocketed donors who made their fortunes on Wall Street, in Silicon Valley and in other powerful sectors of corporate America.” –The Washington Post

“‘Neera Tanden has spent the last decade raising money from the top companies and highest-net-worth individuals in the country, which is a bit at odds with what Biden pitched during the campaign,’ said Matt Bruenig, president of the People’s Policy Project, a left-wing think tank that accepts only small donations.” –The Washington Post

“Progressives fear that under Tanden the Center for American Progress was too beholden to Wall Street and overseas donations from Saudi Arabia and the United Arab Emirates.” –Foreign Policy

“The fiercest criticism of CAP’s fundraising has targeted its acceptance of between $1.5 million and $3 million from the United Arab Emirates in recent years.” –The Washington Post

And for a president who’s been preaching unity, his OMB nominee embodies the exact opposite. Neera Tanden has a history of quarreling with progressive members of her party, including Senator Bernie Sanders who will preside over her hearing.

“WikiLeaks emails from that time revealed that [Tanden] referred to staffers at the progressive news website ThinkProgress as ‘crazy leftists.’” –New York Post

“In 2016, Sanders blasted Tanden in a letter for ‘maligning my staff and supporters and belittling progressive ideas.’

“’I worry that the corporate money CAP is receiving is inordinately and inappropriately influencing the role it is playing in the progressive movement,’ Sanders wrote.” –Washington Examiner

“Shortly after, their relationship was strained further when the New York Times reported about an incident years earlier in which Tanden punched Faiz Shakir, who ran Sanders’ 2020 presidential effort, ‘in the chest.’” –New York Post

She’s also been an unrelenting attack dog of Republicans on social media, so much so that she deleted more than 1,000 tweets from her Twitter account ahead of today’s hearing.

“[Tanden] may find herself having to answer for a number of inflammatory tweets against Republicans – messages the Daily Beast reported she deleted in November prior to the announcement of her nomination.” –Fox News

“Tanden deleted some, but not all, tweets from her account lambasting prominent lawmakers like Senate Majority Leader Mitch McConnell (R-KY), Sens. Joni Ernst (R-IA), and Susan Collins (R-ME), and praising their Democratic challengers.” –The Daily Beast

“‘It’s an odd choice for Biden and his ‘healing’ presidency to bring someone in who is so combative, especially on Twitter, being that we just ended a four-year Twitter presidency,’ Josh Fox, a climate activist and Sanders surrogate, told the Beast. ‘She causes ire unnecessarily.’” –The Guardian

Bottom line: Neera Tanden personifies everything that President Biden claims he’s against: Big corporate donors, close foreign business ties, and divisive, partisan language. Her controversial record should be a tough pill to swallow for many progressive members of their caucus.