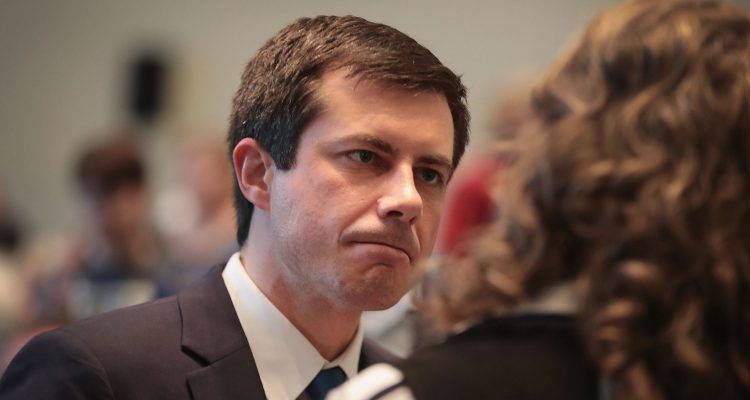 Even Joe Biden mocked Pete Buttigieg’s failed record and lack of experience by launching an attack ad against him on the campaign trail, which was deleted just days before Biden nominated Buttigieg for Transportation secretary.

“The ad starts with a narrator saying: ‘When President Obama called on him, Joe Biden helped lead the passage of the Affordable Care Act. And when parkgoers called on Pete Buttigieg, he installed decorative lights under bridges, giving citizens of South Bend colorfully illuminated rivers.’” – CNN

“‘Both Vice President Biden and Mayor Pete have helped shape our economy,’ the narrator says facetiously, saying that while Biden helped revitalize the economy by passing the Recovery Act, Buttigieg revitalized South Bend’s economy by laying out ‘decorative brick’ on the sidewalks.” – CNN

“PETE DELETE — The Biden team has quietly taken down its February attack ad on Buttigieg sometime over the past few days before nominating him to be Secretary of Transportation. The ad mocked Buttigieg’s experience as paltry and insignificant compared to the demands of the executive branch.

In stark contrast to President Biden’s “moderate” persona, Buttigieg represents some of the most radical views of the Democrat Party, including on climate change.

As mayor of South Bend, Indiana, Buttigieg exhibited numerous examples of failed leadership on everything from crime to ethics and transparency within his administration.

“Since Mr. Buttigieg became mayor in 2012, the city’s violent crime has surged 70% compared to about 10% Indiana-wide.” – Wall Street Journal

“State police have promised a thorough investigation into whether city employees performed work at the home of Kathryn Roos, chief of staff to South Bend Mayor Pete Buttigieg, in July.” – South Bend Tribune

“Buttigieg also decided against releasing a state investigative report about ex-Chief Ron Teachman and his alleged failure to back up an officer trying to break up a fight. We decried the mayor’s reasoning then, and we still believe it was wrong.” –South Bend Tribune

“Pete Buttigieg, President-elect Joe Biden’s choice for Transportation secretary and the former mayor of South Bend, Indiana, received presidential campaign donations from executives at companies that had public works contracts with the city while he led it.” – CNBC