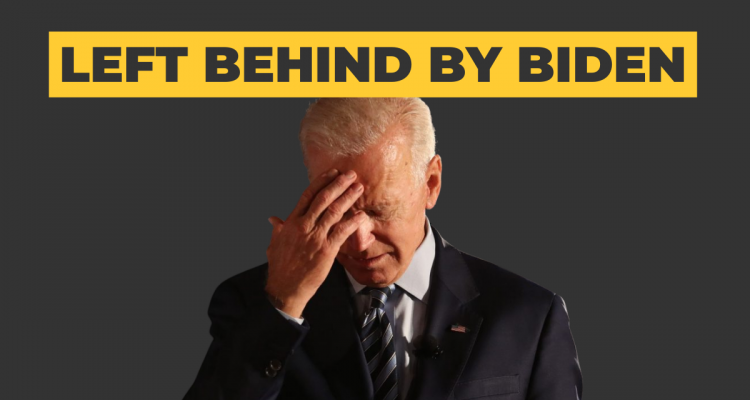 America Rising PAC launched Left Behind By Biden, a digital media campaign highlighting the stories of thousands of Americans who have been left behind by President Biden’s disastrous energy policies. As part of America Rising PAC’s broader mission to hold Democrats and liberal groups accountable, Left Behind By Biden will serve as a hub for news, videos, and stories related to the detrimental impact of President Biden’s radical agenda.

“Joe Biden claims he wants to ‘Build Back Better,’ but the policies he’s championed since becoming president have left thousands of Americans behind,” said Whitney Robertson, deputy press secretary for America Rising PAC. “Left Behind By Biden gives those forgotten Americans a voice and serves as a reminder of how disastrous Democrats’ radical agenda can be.”

Read coverage of the new campaign in Townhall.

Left Behind By Biden includes a website and social media posts (#LeftBehindByBiden) that feature videos, news stories, and personal stories about how President Biden’s job-killing agenda has impacted Americans across the country. State-based America Rising groups in Michigan, Colorado, Illinois, and Virginia will amplify local stories of people who have been negatively impacted by President Biden’s policies.