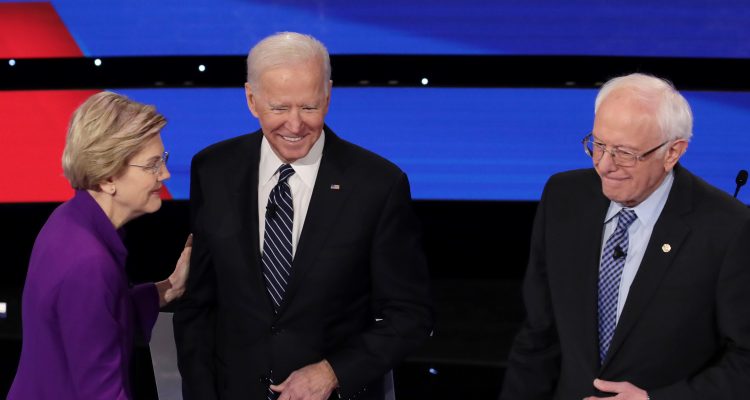 Joe Biden is seriously considering canceling hundreds of billions of dollars in student loans according to multiple reports. Forgiving $10,000 per borrower would cost the federal government $321 billion and wiping out all student loans would cost nearly $2 trillion. The Biden-Harris administration’s reported plan would be a massive handout to the rich and do nothing to solve out-of-control costs.

Forgiving student loan debt would be an act of absolution pronounced over this corruption of higher education. Paired with no reform, it does nothing to reduce the profligacy, cost, and predatory nature of these institutions. It only encourages it, and implicitly promises amnesties in the future.

Progressive lawmakers including Alexandria Ocasio-Cortez and Elizabeth Warren have pressured Biden to take unilateral executive action on the issue. However, just 38 percent of young Americans and 19 percent of all voters support canceling all student loan debt. That could make the issue a political liability for Democrats heading into the midterms. The proposal is also on questionable legal ground, and even Nancy Pelosi agrees that Biden doesn’t have the authority.

Republicans say a continued pause on payments, or canceling student debt altogether, represents a bailout to high-income earners at a time when jobs abound. They also say the pause is fiscally irresponsible and subverts the will of Congress.

Bottom Line: Canceling student loans would be a massive handout to the rich and a gift to Biden’s progressive base.