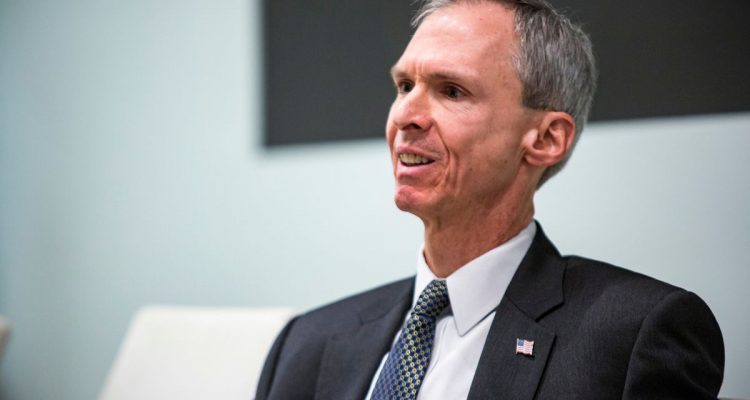 Congressman Dan Lipinski is set to face a primary challenge from Marie Newman, a progressive businesswoman who is supported by Alexandria Ocasio-Cortez and Elizabeth Warren. Now, the establishment is fighting back.

In a situation that is developing into the latest fight between Democrats in D.C. against progressives, numerous House Democrats have taken Lipinski’s side in his primary fight.

The Hill: “We all need to realize that the Democratic Party is a party of a big tent, and so we have to be tolerant of other member’s views and not go after each other in party primaries,” said Rep. Lacy Clay (D-Mo.), a member of the Congressional Progressive Caucus (CPC) who faced his own primary challenge last year.

“Apparently his district is connected to him,” Clay said of Lipinski, “and they showed their support for him in the last cycle. So why we would interfere in other members’ districts is just beyond me.”

This dynamic will continue to spell trouble for incumbent House Democrats who have occupied safe seats for numerous election cycles, especially as presidential candidates aiming to be the party’s standard-bearer in 2020 move further and further to the left.

Lipinski has been consistently criticized by progressives for his stance on abortion, which has successfully evolved into a litmus test for anyone willing to call themselves a Democrat. So much so that California Representative Ro Khanna, who twice launched primary challenges against an incumbent representative, said that there should “not be places where we compromise” in terms of ideological stances and issues.

The message from Khanna runs in opposition to the one from House Democratic leadership. Rep. Lacy Clay, a member of the Congressional Progressive Caucus, recently said that the Democratic Party is a “party of a big tent, so we have to be tolerant of other’s member’s views and not go after each other in party primaries.” Clay also faced his own primary opponent last cycle.

Only time will tell if Democrats can solve their internal squabbles. Until then, it’s pretty clear that House Democrats will continue to be ground zero for the ideological fight between the D.C. establishment and progressive activists.

The Hill: “We want to see the party as unified as possible,” Hoyer said. “We think it’s very important to keep the majority, obviously, not just because we want to be in the majority, but because the values that the parties reflect [are] very, very disparate — as disparate as I’ve seen it in my entire career.”