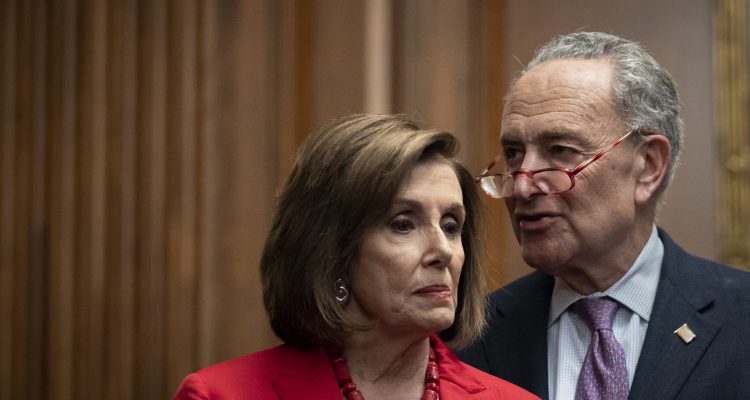 House Democrats abandoned a vote on the bipartisan infrastructure package Thursday night after an intense couple weeks of infighting among the progressive and “moderate” members of their caucus.

Meanwhile, the Biden-Harris administration — who’s taken a nose dive in the polls after a slew of crises — is working overtime to avoid adding another failure on their record. The squabbles between members of their own party are calling in question the president’s “great unifying” abilities.

New York Times: “But such a deal appeared far off, and the delay was a humiliating blow to Mr. Biden and Democrats, who had spent days toiling to broker a deal between their party’s feuding factions and corral the votes needed to pass the infrastructure bill. The president has staked his reputation as a deal-maker on the success of both the public works package and a far more ambitious social policy bill, whose fates are now uncertain in a Congress buffeted by partisan divides and internal Democratic strife.”

Nancy Pelosi emerged from her office late Thursday night saying they would hold the infrastructure vote on Friday. But as the day goes on, the odds are growing increasingly slim. Instead of coming to a solution, Democrats spent their morning caucus meeting arguing over who was leaking information to reporters.

As to when the House is expected to actually vote on the infrastructure bill, Democratic Whip James Clyburn said, “I have no idea.”