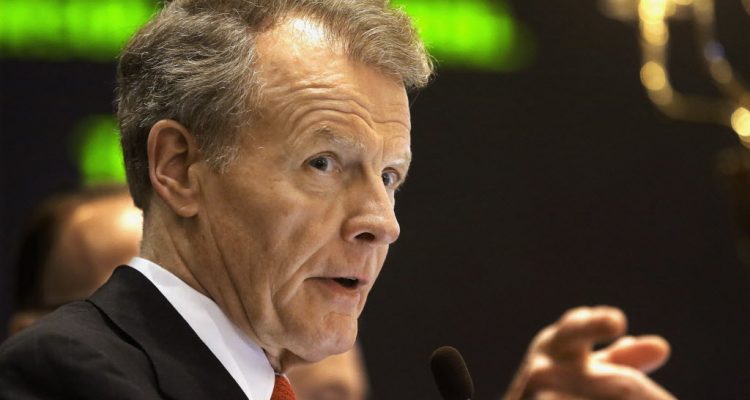 The growing corruption investigation ripping through the Illinois Democratic Party is now producing headlines in national news. The Hill today published an overview of the ongoing federal investigation into many of the state’s most powerful Democratic elected officials, their cronies, and even some family members.

The Hill: “A sprawling federal investigation into lobbying, patronage and alleged corruption threatens to upend Illinois’s powerful Democratic machine as agents raid offices and interrogate witnesses from Chicago to Springfield.

“Federal agents have conducted searches of at least nine homes and offices in connection to a probe of Commonwealth Edison, the state’s largest utility, and the political operation run by state House Speaker Mike Madigan, the most powerful Democrat in Illinois.

“Those agents have been asking questions about Madigan, his associates and his political operation, according to two people who have sat for interviews with law enforcement.”

The investigation has focused on members of House Speaker Mike Madigan’s inner circle, including political allies, former staffers, lobbyists, and executives for some of the state’s most powerful companies.

Federal agents have already raided the homes and offices of many of Madigan’s associates — many of whom have close ties to his political operation.

The Hill’s article also includes a noteworthy excerpt at the bottom which seems to hint at the direction the federal probe is headed. Multiple sources revealed to The Hill that federal investigators have inquired about relationships between small towns in the state and Madigan’s son, Andrew.

As the federal probe moves forward, it’s looking more likely that Illinois Democrats will finally be held accountable for their decades of corruption.