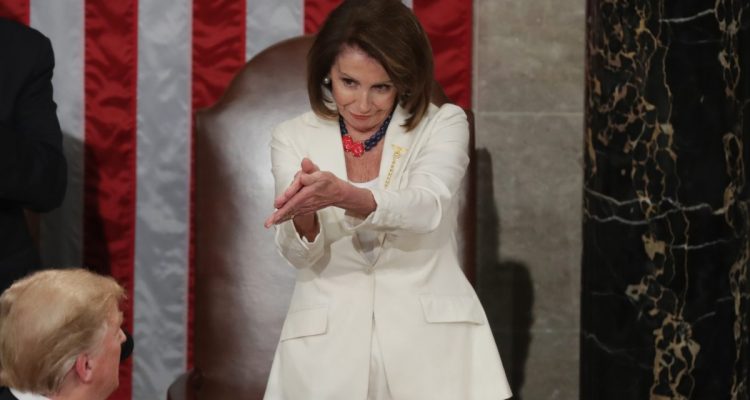 As House Democrats careen toward a baseless impeachment inquiry, vulnerable members of their caucus are panicking about the reception they’ll receive when they head home for a two-week recess.

Politico: “Several junior lawmakers on Thursday voiced concerns in a closed-door meeting with Speaker Nancy Pelosi and other Democratic leaders that they are struggling to keep up with their party’s message on the Ukraine scandal rapidly engulfing President Donald Trump, according to multiple people in the room.”

After months of resisting pressure to pursue impeachment by radical elements in their party, Speaker Pelosi and her leadership team have failed to arm their members with any semblance of a coherent message.

Frustration over the lack of messaging has been simmering all week, with many vulnerable members in competitive districts sounding the alarm over the risk it poses to maintaining their majority:

“In a closed-door meeting on Tuesday, multiple centrist lawmakers expressed concern that the caucus lacked clear messaging or strategy going forward, which could soon suck the air out of the move toward impeachment, according to multiple lawmakers and aides.”

“If you are asking us to stay on message, give us a goddamn message to stay on,” Rep. Elissa Slotkin (D-Mich.) said in the private caucus meeting, according to multiple Democrats in the room.

As House Democrats head back to their districts, it’s safe to assume their constituents will press them to explain why they’ve abandoned their entire agenda to pursue impeachment.