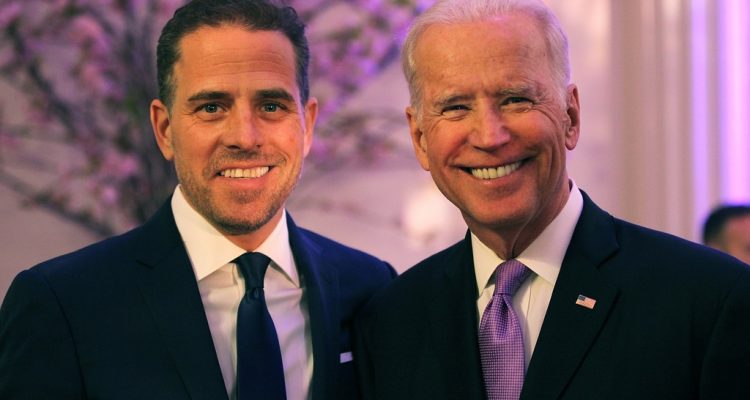 Just one day after The New York Post released emails suggesting Joe Biden lied about his involvement with Hunter’s position on the board of a Ukrainian energy company, additional communications reveal his shady business ventures also extended to China.

New York Post: “Hunter Biden pursued lucrative deals involving China’s largest private energy company — including one that he said would be “interesting for me and my family,” emails obtained by The Post show.

Biden was identified as ‘Chair / Vice Chair depending on agreement with CEFC,’ an apparent reference to the former Shanghai-based conglomerate CEFC China Energy Co.”

Included in the emails is a handwritten flowchart that portrays the ownership of “Hudson West” split 50-50 between Hunter and someone described as “Chairman.” This is corroborated by Senator Ron Johnson’s report on Biden’s overseas dealings, which featured a company called “Hudson West III.”

“Credit cards issued against the account were used by Hunter, his uncle James Biden and James’ wife, Sara Biden, to purchase more than $100,000 ‘worth of extravagant items, including airline tickets and multiple items at Apple Inc. stores, pharmacies, hotels and restaurants,’ the report said.”

Remember: In 2013, Hunter signed a joint venture agreement with the state-owned Bank of China to establish the Bohai Harvest RST Investment Fund (BHR), which occurred shortly after he and Joe Biden took a trip to China.

Bottom line: The release of these emails raises serious questions about the Biden family’s foreign business dealings while Joe Biden served as vice president. At face value, it appears his government position was leveraged to line the pockets of his family – and he should provide a full explanation of his involvement in those ventures.