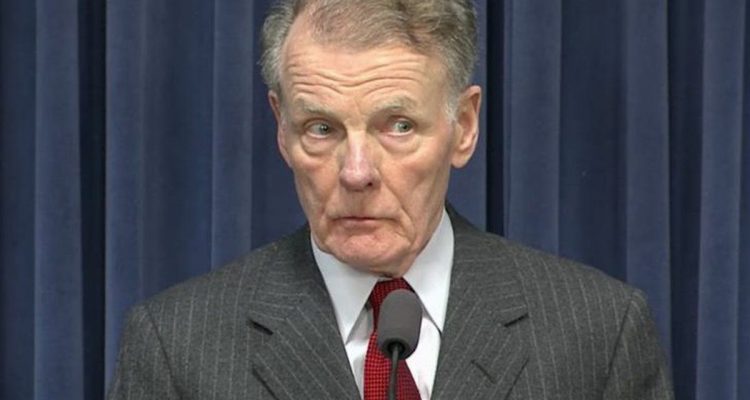 Democratic lawmakers operating under a cloud of corruption are panicking as federal investigators continue to close in.

Playbook: “The list of politicos in the spotlight seems to prove the point. Chicago Ald. Carrie Austin’s office were raided in June, state Sen. Tom Cullerton was indicted in August, state Sen. Martin Sandoval’s offices were raided in September, state Sen. Luis Arroyo was charged with bribing a lawmaker (said to be state Sen. Terry Link, though Link has denied it) in October. Associates of House Speaker Mike Madigan have come under scrutiny. And numerous suburban power brokers are in the feds’ sights, too. And that’s just 2019.”

And the increased scrutiny has not only put Democrats on edge, but their actions have severely hindered their ability to govern.

Playbook: “‘The metastasizing federal investigations and cascading disclosures are overtaking the legislative agenda,’ according to a Springfield insider, citing the clean energy legislation that should have been a slam dunk but fell victim to a probe of ComEd. The Chicago casino bill, which didn’t go anywhere during the veto session, also may have felt the effects of the probes.”

Illinoisans watching investigators expose this corruption are also beginning to wonder whether Democrats should even be trusted to work on their behalf.

After all, the state’s fiscal house is a complete disaster and residents are fleeing Illinois at the second-highest rate of any state in the country. Debt continues to pile up while the state’s tax base is rapidly eroding.

The next several months will be a reckoning for Illinois Democrats as they’re finally held accountable for their rampant corruption and failure to move the state forward.