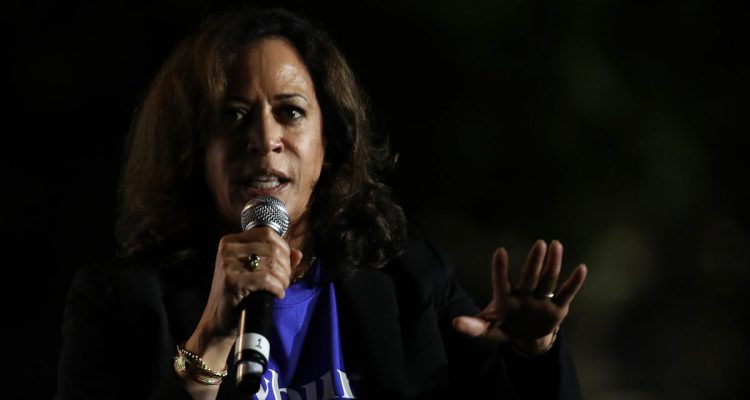 On Friday, Kamala Harris made a brief pit stop on her way to California in El Paso, Texas for a four-hour photo op near the border. However, El Paso is nearly 800 miles from the Rio Grande Valley — the region bearing the brunt of the border surge.

WFAA: “If you want to check a box and say I went to the border, then El Paso, politically, is the safer place to go because there are less crossings by immigrants in that area,” Congressman Cuellar said on Inside Texas Politics. “If you want to really get a snapshot of what’s happening at the border, you go down to the lower Rio Grande Valley… that’s where you see most of the crossings. About 140% more crossings down there.”

Cuellar followed up by criticizing Harris for taking 93 days to visit the border.

WFAA: “I mean, if you’re going to be given a portfolio and part of that portfolio has to do with the border, then if I was her, I would have been there immediately,” he said.

In El Paso, Harris went “through the motions of an official visit to the border while seeking to create as little noise as possible.” While she was eager to pose for photos on the tarmac, Harris avoided cameras during the most critical moments and dodged the border wall entirely.

CNN: Harris did not appear on camera at a detention facility or alongside any migrants. Nor did she visit the nearby border wall.

Republicans criticized Harris’ trip as unserious. Texas Senator Ted Cruz accused Harris of avoiding the Rio Grande Valley because “that’s where the Biden cages are.” Texas Governor Greg Abbott noted Harris “didn’t talk to Texans whose homes have been invaded, who’ve had guns brandished against them, whose property has been destroyed by gangs & cartel members coming across the border.”

Bottom Line: Nearly 200,000 migrants were apprehended at the southern border last month. Kamala Harris’ four-hour layover in El Paso did nothing to address the ongoing crisis and the Biden-Harris administration’s failed policies continue to fuel the surge.