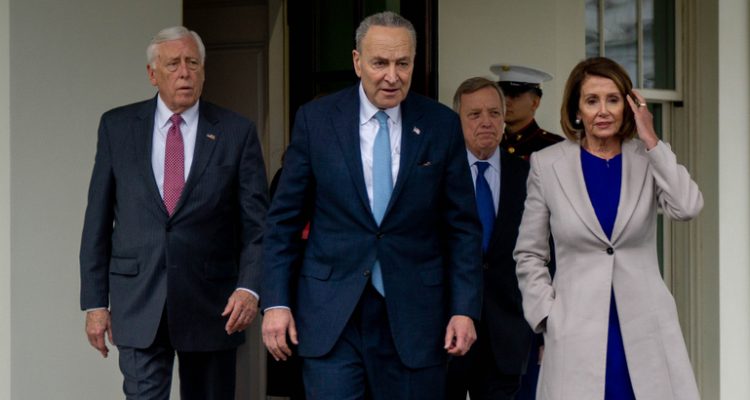 Following the Supreme Court’s opinion that returned the power to regulate abortion to voters, Democrats furiously and recklessly lashed out at the institution. Prominent Democrats openly called for the ruling to be defied, told liberal activists to “armor up” for “war,” and aggressively targeted individual justices with profane language. Progressive activists went even further, protesting outside justices’ homes and violently targeting crisis pregnancy centers.

Democrat Rep. Maxine Waters calls for pro-abortion extremists to "fight": "The hell with the Supreme Court! We will defy them!"

"You ain't seen nothin' yet." pic.twitter.com/T35haOT6Dr

National Review: Democratic lawmakers lashed out at the Supreme Court’s conservative justices on Friday after they issued a ruling overturning Roe v. Wade, casting the decision as a constitutionally “illegitimate” threat to American women.

Senate majority leader Chuck Schumer called Friday “one of the darkest days our country has ever seen.”

Representatives Maxine Waters (D., Calif.) and Alexandria Ocasio-Cortez (D., N.Y.) joined protesters outside the Supreme Court on Friday. . . Ocasio-Cortez was filmed chanting with protesters that the Court’s decision was “illegitimate.”

The ruling highlighted the out-of-touch position Democrats have taken on the issue to appease their radical base. John Fetterman, Stacey Abrams, and more have said there is not one restriction on abortion they support. Yet, most voters support at least some limitations, especially after the first trimester.

"Are there any limits on abortion you would find appropriate?"

John Fetterman: “I don’t believe so, no." pic.twitter.com/WaYJke2I2J

Democrats also renewed their calls to radically transform the federal government by nuking the filibuster and packing the Supreme Court.

Washington Times: The ruling, to which pro-abortion rights Democrats strongly objected, brings into a new light their calls to end the Senate’s 60-vote filibuster, which would enable them to pass more liberal policy goals despite their slim majorities, or to expand the Supreme Court. . .

In a tweet, Sen. Bernie Sanders (I-VT) wrote that the Senate should end the filibuster in order to codify the standard previously set by Roe. . .

Rep. Alexandria Ocasio-Cortez (D-NY), who has long advocated adding additional justices to the court, told CNN that she stands by that call.

Bottom Line: Democrats’ assault on the Supreme Court threatens the integrity of our Democracy.