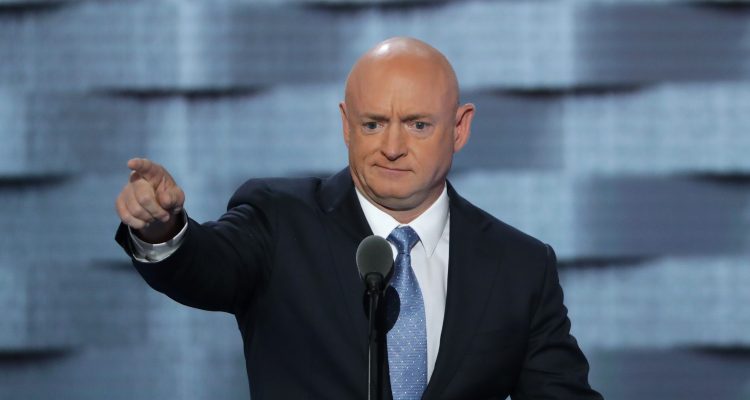 Mark Kelly tried his best to hide it. It just didn’t work.

During the first night of the second round of Democratic Presidential primary debates, Mark Kelly released his personal financial disclosure (PFD). The PFD shows that Mark Kelly had made $1.8 million for giving speeches over the previous 18 months. The Arizona Republic astutely identifies the connections Kelly has with corporate America.

The Arizona Republic: “The records make clear that the retired astronaut is a highly-sought voice in corporate America even as he rejects their money in his campaign when it comes from their political-action committees.”

And while Kelly has vowed not to take money from corporate PACs, he stills takes money from those that finance corporate PACs: corporate lobbyists. It’s a creative run around for Kelly whose refusal to include all of his events, namely fundraisers, on his daily public schedule also muddies the water on his previous promises.

The Arizona Republic: “Kelly has headlined a fundraiser in Washington, D.C., hosted by lobbyists whose corporate clients include Wal-Mart, Exxon, Comcast and the pharmaceutical industry lobby, according to its website…

“…While campaigning, Kelly points to the influence corporations and moneyed interests have on issues like health care and climate change. At the same time, he is faced with having to square the underlying spirit of his pledge with his activities outside the campaign.”

So while he promised not to line his campaign coffers with direct corporate PAC money, he figured there was nothing wrong with lining his own pockets with $1.8 million in corporate money in just the past 18 months.

Kelly’s PFD shines a light on some specific areas where his campaign and corporate speech bonanza cross, including healthcare and climate change.

The Arizona Republic: “Kelly has made health care a centerpiece of his campaign challenging incumbent Sen. Martha McSally, R-Ariz. It also has been a popular subject on the speaker circuit for Kelly. Since January 2018, he has taken in at least $339,000 addressing a dozen groups focused on health care. Those engagements include a speech for Starkey Hearing Technology, the Minnesota-based hearing aid manufacturer, and one to the Sexual Medicine Society of North America.”

The Arizona Republic: “Kelly, who has made his concern about climate change a defining issue, received his highest payday, $58,250, from auto manufacturer Subaru of America. That company has sought to cast itself as concerned about the environment, a message its critics reject.”

These speeches have not stopped as Kelly is running for office and raising money from corporate lobbyists.

The Arizona Republic: “He has made at least 11 speeches since entering the Senate race in February. Those events earned him $275,000.”

The arrangement calls into question how much influence corporate clients have had over Kelly’s actions and message as he runs for Senate. Those speeches are not slated to end until later in 2019.

One of the more interesting speeches that Kelly gave was in the United Arab Emirates in June 2018.

The Arizona Republic: “In June 2018, he and his brother spoke about space exploration to Pink Tank in the United Arab Emirates. That organization bills itself as specializing in “producing world-class conferences and knowledge-based events.”

“But Kelly refunded the $55,250 he received for that speech in March after CNN noted the event was sponsored by the country’s crown prince, whose government the U.S. State Department has cited for human-rights abuses, including arrests without charge, incommunicado detentions and sexual abuse of foreign servants.”

Let’s not forget about Mark Kelly’s stint as a pyramid scheme pitchman.

Huffington Post: “Mark Kelly… gave a series of paid speeches prior to his run, between 2011 to 2016, in the United States and China on behalf of a multi-level marketing company that pitches nutritional supplements…But Kelly’s work on behalf of Shaklee, a multi-level marketing company that sells supplements, raises further eyebrows as he battles for McSally’s seat in November.”

Mark Kelly’s assets would put him in the upper echelon in terms of wealth in Congress, totaling up to $27 million.