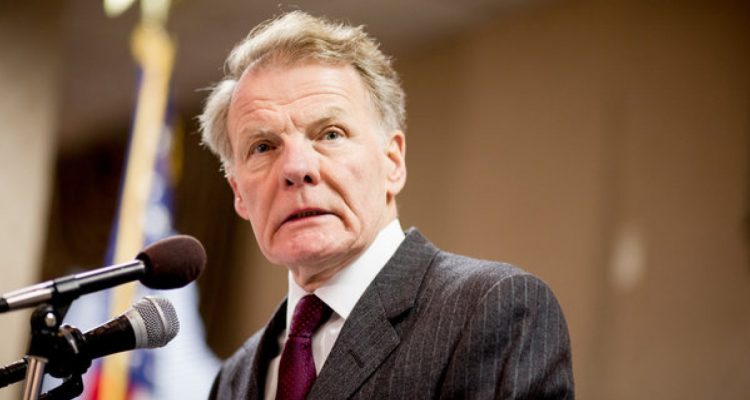 Federal investigators have opened up another inquiry in their expansive Illinois corruption probe after a 2012 email revealed that a key Mike Madigan confidant, Michael McClain, sought leniency for a “state worker who ‘kept his mouth shut’ about an unspecified ‘rape in Champaign.’”

WBEZ: “But a law enforcement source with knowledge of the federal investigation says the feds are interested in several aspects of the email, including the mention of the rape and the apparent reference to ghost payrollers. The source requested anonymity because they are not authorized to speak publicly about the ongoing criminal probe.”

Madigan had previously refused to open an investigation into McClain, his long-time friend, and powerful ally. The email is another example of a toxic culture that Madigan has fostered in his political operation, which has faced a series of allegations of bullying and harassment.

The state worker who is referenced as keeping his mouth shut is named Forrest Ashby, who was paid for political consulting work in 2018 by now-Governor J.B. Pritzker.

Earlier this month, Madigan’s office was raided by state police as part of an investigation into former Democratic State Representative Jack Franks. National media recently picked up on the corruption investigations in Illinois, noting that the widespread probe is casting a wide net that includes the state’s largest utility ComEd, Madigan political allies, powerful lobbyists, and former Madigan staffers.